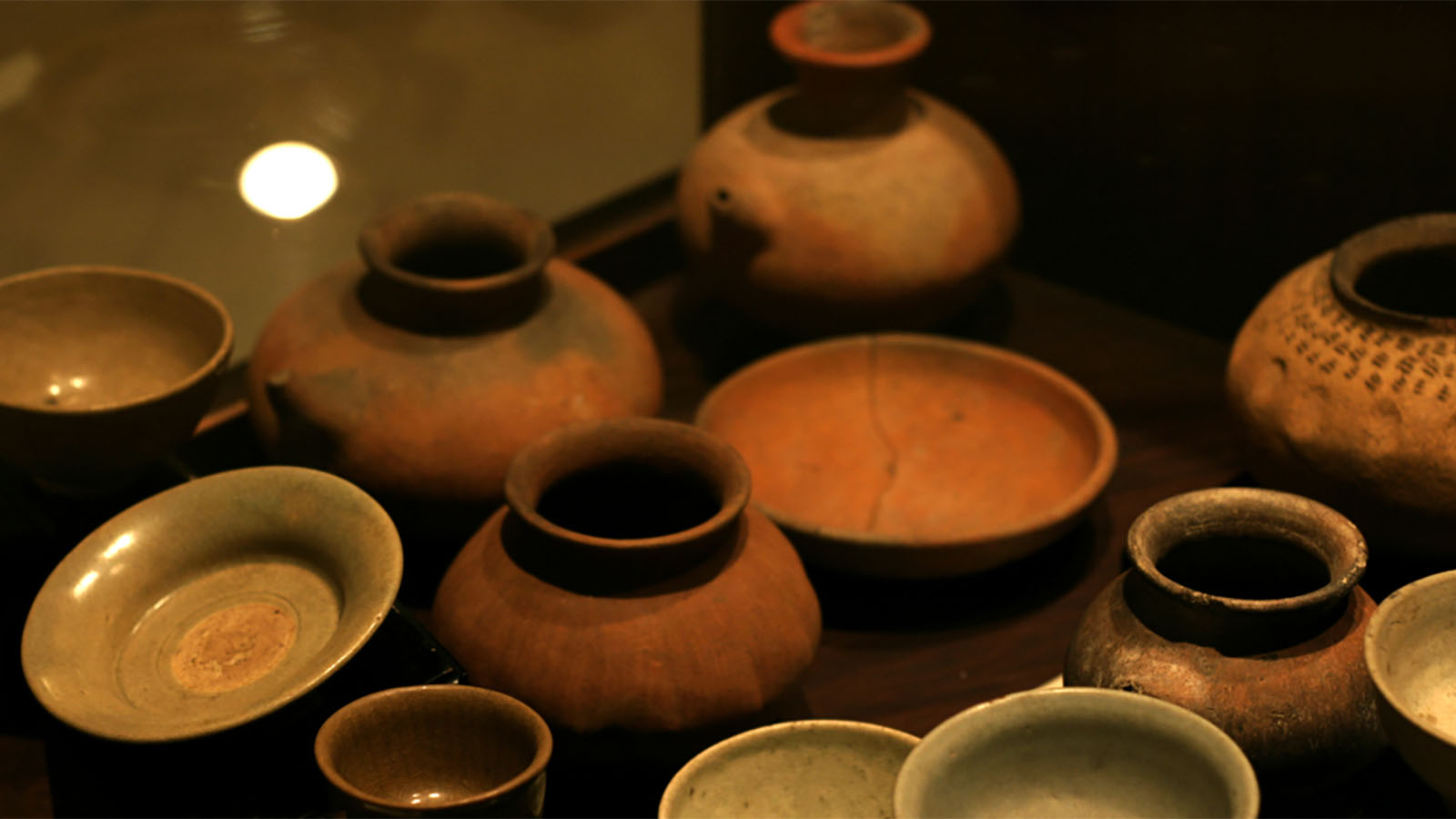 The grave goods on display in the museum come from one of the biggest archeological projects in the Philippines. Discovered in Calatagan, western Batangas, and first explored in 1934 were hundreds of burial sites containing about a thousand whole and broken tradeware from fifteenth and sixteenth-century ceramic traditions of China, Thailand, and Vietnam. These pieces come from the Robert Fox excavations. While the ceramics tell the story of precolonial Philippine trade relations, the Philippine earthenware tell of local history before foreign contact. Of the pieces that stand out are the green glaze and the blue-and-white wares, some of the key trade items that China, Thailand, Vietnam, and Burma exchanged for sea and forest products in the region. Their recipients, like coastal merchants in the Philippines, in turn sent them inland along well-established trade routes. Head archaeologist Robert Fox noted that of the blue-and-white wares discovered in Calatagan, most were from the Ming dynasty (A.D. 1368 to 1643). The green glaze wares recovered from these burial sites constitute some of the more dramatic monochromes to come from the Sung dynasty (A.D. 960-1279) in the Philippines.

Philippine earthenware were fired at low temperatures and played the role of “utilitarian vessel and cult object” in the daily lives of pre-Contact and pre-Colonial Filipinos because these pieces were less hardy than stoneware and visually less color ful than porcelains, they were found in less quantity in graves. Included among these finds at the Lopez Museum is a rare carved figure called likha or created image, a label ascribed to “squatting or seated wood or stone figures” that may have been regarded as a cult object during pre-Colonial times.

Eugenio López, Sr. was the ideal owner for these, an individual who was acquisitive by nature and had a keen mind for objects he wanted to collect. He directed his gaze across the salient interests of his generation. His collecting nature expressed compassion and desire to protect these objects against an uncertain future by regaining the past.