Mauro Malang Santos was nineteen when he decided to stop schooling and instead chose to pursue his career as a cartoonist for the Manila Chronicle. He apprenticed under Liborio Gatbonton and soon after, he created the characters of Kosme the Cop (Retired), the first English comic strip in the Philippines, and Chain Gang Charlie. His characters were much like him: humorous and full of life, with an inane ability to create satirical depictions that are relatable and engaging. It was in the early sixties when he began to pursue painting as "Malang". His endeavors as an artist stretched beyond art production, but also in making it accessible to a larger audience. He launched a project that utilized print making as a way of making art more affordable called Art for the Masses in 1966. 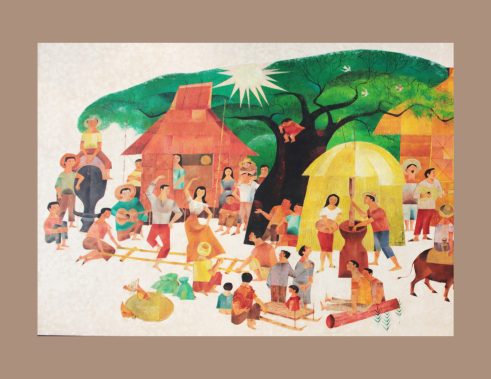 His works are cherished components of the Lopez Museum and Library collection - from the large mural work that is prominently featured in the lobby of the Benpres Building, to copies of his beloved illustrations and drawings in the holdings of the library.

Malang is one of the most recognized and followed artists for his works evoke familiar scenes and humor among Filipinos. Today we pay our respects to the beloved artist in his passing. The Lopez Museum and Library would also like to extend our deepest sympathies to the Santos family.