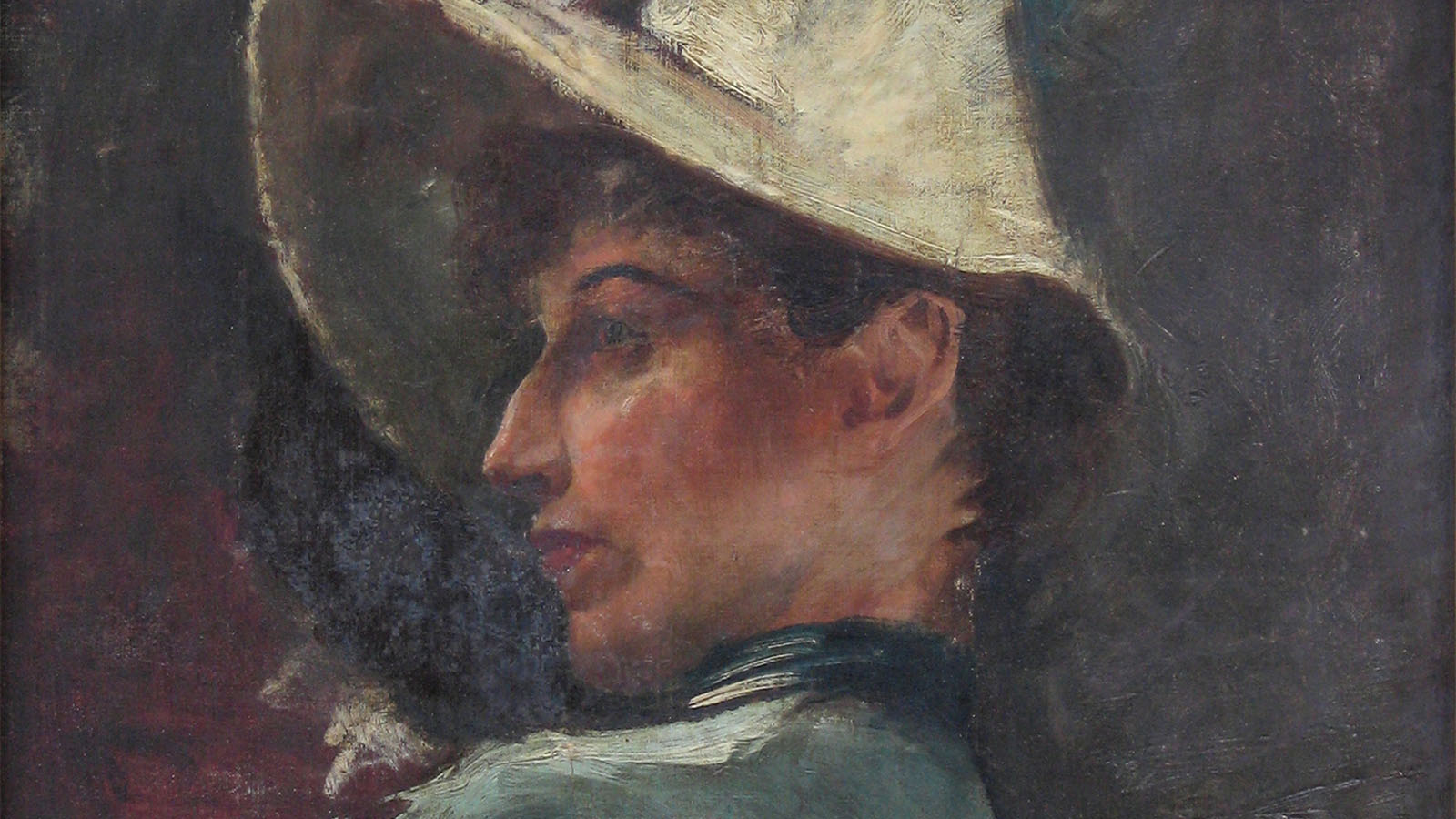 In the paintings of Juan Luna, instead of surface we get inner space. Instead of the exquisite, we get mass and volume. Instead of the grotesque and the fantastic, we get a stubborn realism: a man with a broken violin string; a girl on the ladder picking fruit; two ladies in a box at the theatre; a rag-picker with a sack on his back; sweltering workers in a factory.

Instead of stillness and tranquility, we get action, violent action. In the Spoliarium the bloody bodies of gladiators are being dragged to the garbage dump while their families lament. In People and Kings a raging mob is desecrating the tombs in a church. Instead of the contemplative, we get tension: the tension between two lovers who have just quarreled, the tension of a mother threatening her little boy, the tension of flower vendors watching a great funeral. And instead of detachment and delicate, we get pity and horror, anger and agony. In the Blood Compact, poor Rajah Sikatuna is being crowded out of the picture by Legazpi and his fellow conquistadores. And Luna's portrait of Governor-General Blanco is actually a sarcastic picture of all those medals glittering on the general's chest.

JUAN LUNA was born in Badoc, Ilocos Norte, on October 23, 1857, and, like Hidalgo, was the third of seven children. Early in his life, the family moved to Manila and lived in Trozo. The young Luna received his early education at the Ateneo Municipal and later at the Escuela Nautica de Manila. In 1873, he became an apprentice officer and traveled to various Asian ports. Whenever his ship was in port in Manila, he took painting lessons in the Academia de Dibujo y Pintura of Fr. Agustin Saiz.

Don Lorenzo Guerero, whoe easily recognized the young man's natural talent, was the first tutor of the young Luna. He persuaded Luna's parents to send their son to Spain for advanced painting lessons. Luna left for Barcelona in 1877 together with his elder brother Manuel, who was a violinist. He entered the Escuela de Bellas Artes de San Fernando in Madrid, where, in a year's time, he won the only academic prize of his school. Not satisfied with the instruction in school, he took private lessons under Alejo Vera, a famous contemporary paiter in Spain. Like his teacher, Vera, too, had high regard for his pupil. Proof of this was his taking Luna with him to Rome to undertake certain commissions.

In Rome, Luna widened his knowledge of art, for he was exposed to the immortal works of the Renaissance masters. It was there that he painted his "Daphne y Cleo" for which he received a silver palette from the Liceo Artistico de Manila. Subsequently, he exhibited several canvases at the Exposicion General de Bellas Artes in Madrid and won a silver medal (2nd class) for "La Muerte de Cleopatra." This painting was later purchased by the Spanish government for a thousand duros.

Luna's growing fame won for him a four-year pensionadoship for the Ayuntamiento de Manila. Though under obligation to paint only one canvas, he gave the Spanish government three; namely, "The Blood Compact," now in Malacanang. "Don Miguel Lopez de Legazpi," which was burned during the war and "Governor Ramon Blanco" (which was part of the present collection).

It was while still in Rome that Luna worked incessantly on the "Spoliarium." He entered this painting in the Exposicion General de Bellas Artes in Madrid, and it won one of the three gold medals. In the same exposition, Hidalgo won a silver medal for his "Virgenes Cristianas Expuestas al Populacho." Because of the double victory of the two Filipino painters, Filipinos in Spain gathered to honor them. One of the Filipinos was Jose Rizal, who in boosting the two honorees also spoke for the first time of the conditions then prevailing in his country. Having attained fame, Luna now received various government commissions. These commissions produced his great canvases, such as "The Battle of Lepanto," "Peuple et Rois" and "España y Filipinas."

Luna's canvases show a distinct contrast to those of Hidalgo's. In contrast to the ever-delicate paintings of Hidalgo, Luna's work show more drama and bravura. A forceful dynamic man, Luna has his personality stamped on every canvas of his. His power and joie de vivre were notable characteristics of his works.

A Filipino art critic spoke of Luna thus: "Vigor and realism characterize his art. In a single brush stroke, he paints a fair of emotions that fills the beholder with drama and tragedy of his theme?Luna was graver, more profound in his emotions than Hidalgo. The latter was mre pure, more serene in his feelings."

Luna sought inspiration not from his contemporarries, the Impressionists, but from the Romantic Delacroix, Rembrandt and Daumier from whom he learned imparting power and mysticism to his works. All these influences were incorporated in a style that was Luna's own.

In 1885, the painter moved to Paris and established his studio at 65 Boulevard Arago, near the studio of Hidalgo. Later he moved to 175 Boulevard Pereire. Like Hidalgo's, his studio became a gathering place for the Filipino community in Paris. It was here where Rizal and other young Filipinos organized the Indios Bravos.

The following year, 1886, he married Paz Pardo de Tavera, with whom he had a son, Andres. The marriage ended in tragedy. Luna in a fit of jealousy, killed his wife and mother-in-law and wounded his brother-in-law, Felix, on September 23, 1892. He was acquitted of the charge of parricide and murder by the French court on February 7, 1893. Five days later, he moved with his son to Madrid, where he finished few paintings. On April 27, 1894, he returned to the Philippines after an absence of 17 years. While in Manila, he finished some Philippine scenes. Early in 1896, he again departed, this time for Japan. He returned a few weeks after the Cry of Balintawak. On the evening of September 16, 1896, he was arrested and confined for complicity in the Katipunan revolt. He was among those pardoned during the birthday of King Alfonso XIII on May 27, 1897. The following month, he left for Spain.

Upon hearing the death of his brother Antonio, Luna hurriedly returned to Hong Kong. On December 7, 1899, he suffered a severe heart attack and died before receiving medical attention. He was buried in Hong Kong. His remains were exhumed in 1920 and were kept in the house of his son, to be later transferred to a niche at the Crypt Chapel of San Agustin.

Luna's fame spread far and wide; he was acclaimed both in Europe and at home, yet there were skeptical Spaniards who took his race against him. Rizal defended him by saying, "Genius has no country, genius burst forth everywhere, is like light and air - the patrimony of all; cosmopolitan as space, as life as God."