In 2012, the Gallery of Lost Art was opened to the public through a Tate sanctioned microsite. An online exhibition, it was an ode to the loss of some of the world’s most significant modern and contemporary art. “Destroyed, stolen, discarded, rejected, erased, ephemeral - some of the most significant artworks of the last 100 years have been lost and can no longer be seen.” (Tate, 2012)

This pursuit to unravel and follow the trail behind lost artworks is nothing new in this century. The strings of attempts to steal and reinstate the cheeky Mona Lisa from and to its rightful place in the gallery of the Louvre are enough proof asserting the perceived value of works of art – that is “value” described and understood within a broad spectrum; its provenance; and the attention given to ensuring that the works will endure. Plotted in art history, these have even more consequence in the larger reading of the history of humanity.

In the Philippines, with the problems of space, funding and pragmatic limitations of documentation and archiving, it is but certain that more than a handful works of art have fallen in between the cracks, escaping the gratification of being seen, let alone, being cited and further scrutinized. This issue of conservation of artworks is especially true in the context of murals that have pervaded the walls and halls of important sites and structures – from government offices, theaters, hospitals, hotels and other public spaces that enjoyed a considerable amount of foot traffic.

As the Lopez Museum and Library treads into its 57th year, we look back into one of the lost key pieces that ushered the Filipino public into the first home of the illustrious collection of Lunas and Hidalgos, prized rarities of Rizal’s life and times, and arguably, one of the biggest and most important Filipiniana special collections in the country.

The demise of Vicente Manansala’s mural — a distinct marker of the Lancaster building — was a somber but fitting close to an important era in the Lopez Museum and Library’s history. When the decision to leave Pasay was eminent in the mid-80s, probabilities of keeping it intact and possibly even bringing it to the new location in Benpres Building were seriously considered. However, the mural was destined to be an ephemeral work of art, and was eventually destroyed with the rest of the building.

Fast forward to 2010, with an open-call made by Lopez Museum and Library and the museum consortium, Zero In, a loose artist group Plataporma (Merv Espina, Buen Calubayan and Lauren Villarama) enacted a series of projects that sought to rethink the geographic and institutional history of the Lopez Museum. One of their projects was an attempt to retrace the lost mural based on an archival photo during the inauguration of the building in the 1960. The outline of the mural was included in an exhibition titled Extensions curated by Eileen Legaspi Ramirez and Claro Ramirez. 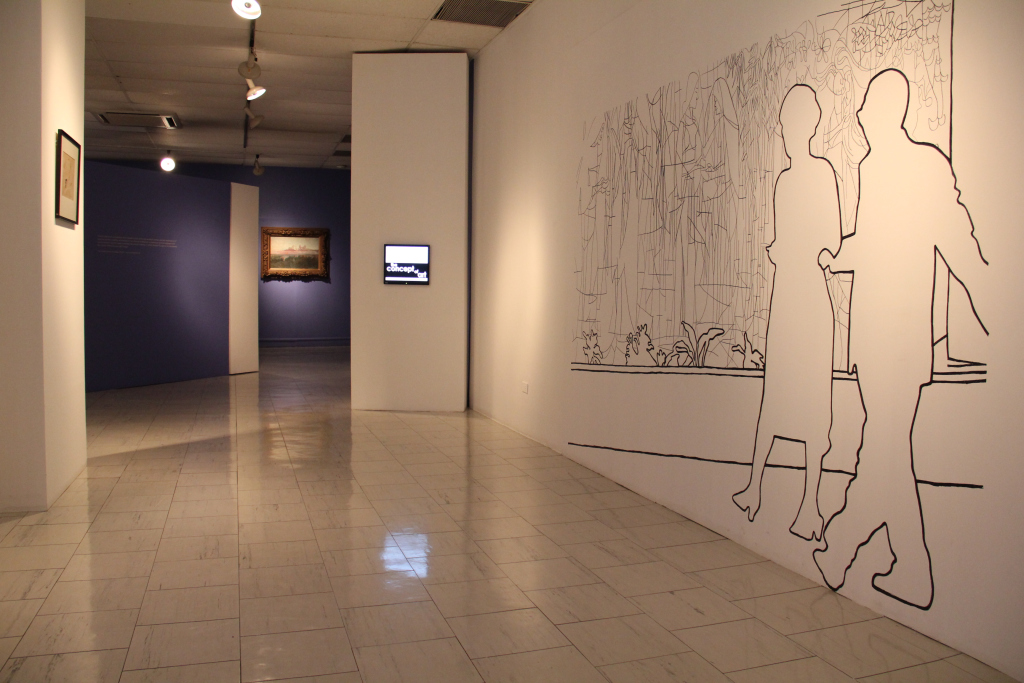 Indeed, even art lost in rubble finds a way of resurfacing for audiences to engage with. Who knows, a new iteration of the Manansala mural might turn up yet again to usher another phase in the colorful history of the museum in the next few years — as if it never left the Lopezes.

Lopez Museum and Library celebrates its 57th inauguration anniversary this 13th of February.